The Glyptodon carapace (see earlier blogs for more background information on the Wesleyan Glyptodon) was partially unpacked, so we could for the first time since 1957 inspect it – still in pretty good shape. It needs cleaning from 60 years of dust accumulation, some restoration, a new coat of paint, and re-attachment of the tail. We still have not yet found the skull/jaw and foot that were present in its glory days, but are still looking for them in the penthouse, as well as looking to see whether we could replace them if they cannot be found. Then we need to rebuild its pedestal. 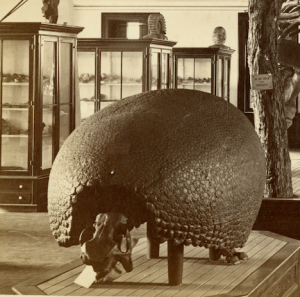 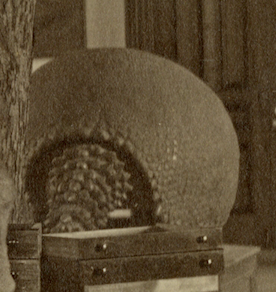 The Glyptodon as seen from the front (upper) and back (lower) in its glory days, when it was displayed in the Orange Judd Museum of Natural Sciences, before 1957. Note the skull and hind left foot present, and the armored tail visible from the rear. 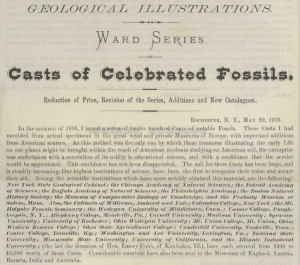 Copy of 1876 advertisement by Ward, dated 1876, in which he names ‘the Wesleyan University of Middletown, Conn.’, as having purchased a number of his ‘Casts of celebrated Fossils’. 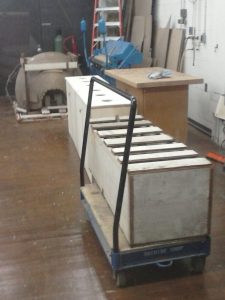 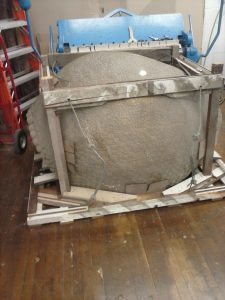 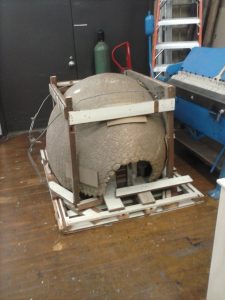 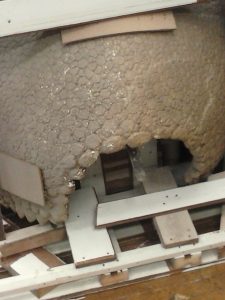 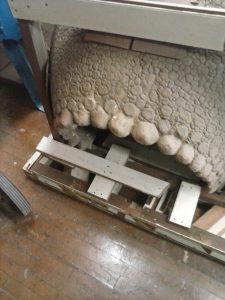 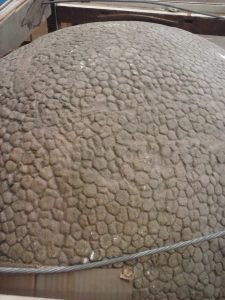 The Glyptodon carapace (in the back) and its tail (in crate in front) reunited in the same room instead of being in the penthouse of Exley Science Center and the tunnels under Foss Hill, probably for the first time since 1957. The second picture shows the carapace in side view (head-end to the left), showing white spot where carapace has been damaged. Third picture: the carapace seen from the rear, with opening for the tail attachment (metal bracket visible), as shown in more detail in the next picture. The fifth picture shows the detail of the front of the carapace, where the skull should be attached, and the last picture shows the surface of the carapace, covered in dust but still in good shape.