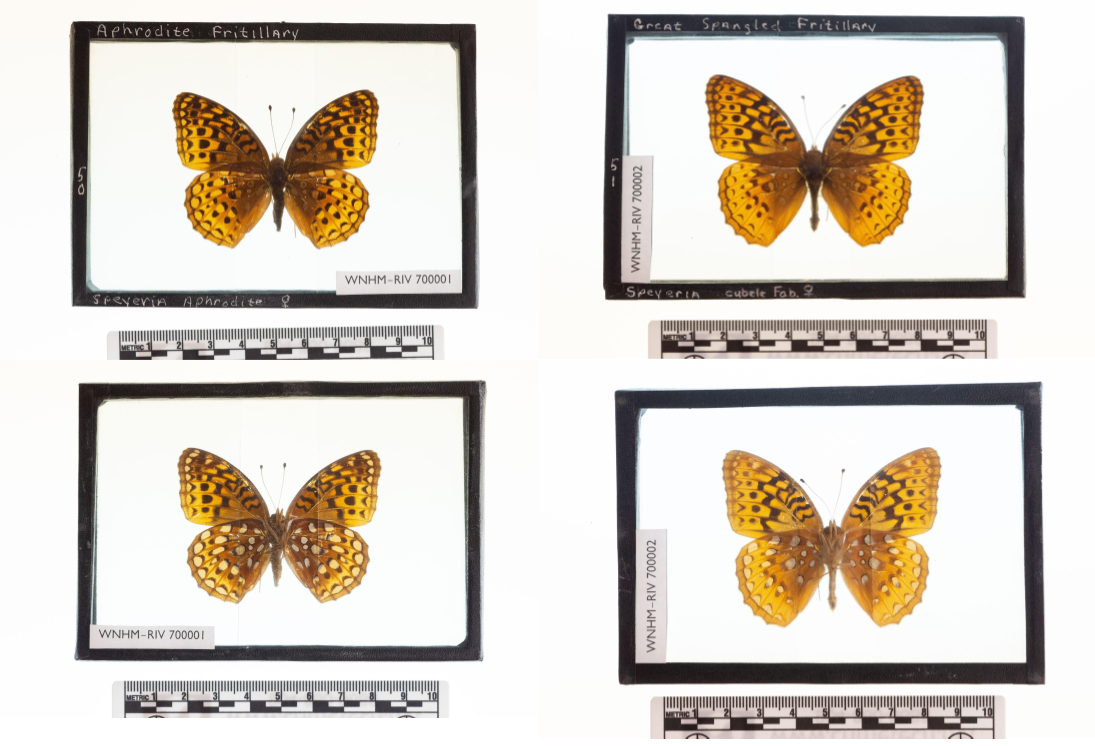 As I embarked on my butterfly project earlier this month, one of my fellow students came to me with a predicament. He sent me an email with pictures of two of our butterfly specimens that were marked as different species, but to both of our untrained eyes, looked exactly the same. He was hoping I could help him research and figure out the differences between the two. And thus began my deep dive into the subtleties of fritillaries.

Fritillaries are a group of genera (family Nymphalidae) that are commonly found throughout the US. The name fritillary is derived from the Latin word fritillus, meaning chessboard, which in this case refers to the checkered pattern on their wings. They generally have orange and black coloring, and are sometimes mistaken for monarchs by the untrained eye. However, they are a unique group in and of themselves, and are a favorite of many butterfly enthusiasts.

The two fritillaries in question here were the Aphrodite Fritillary and the Great Spangled Fritillary. The specimens in question (shown above) initially seemed identical to me, but after some research I was able to see differences between the two. The most obvious difference between the two specimens is that the Aphrodite has a thicker thorax. I couldn’t ever find out if this is consistent between the species or if it’s unique to ours, but no matter what, it’s the easiest way to tell them apart. 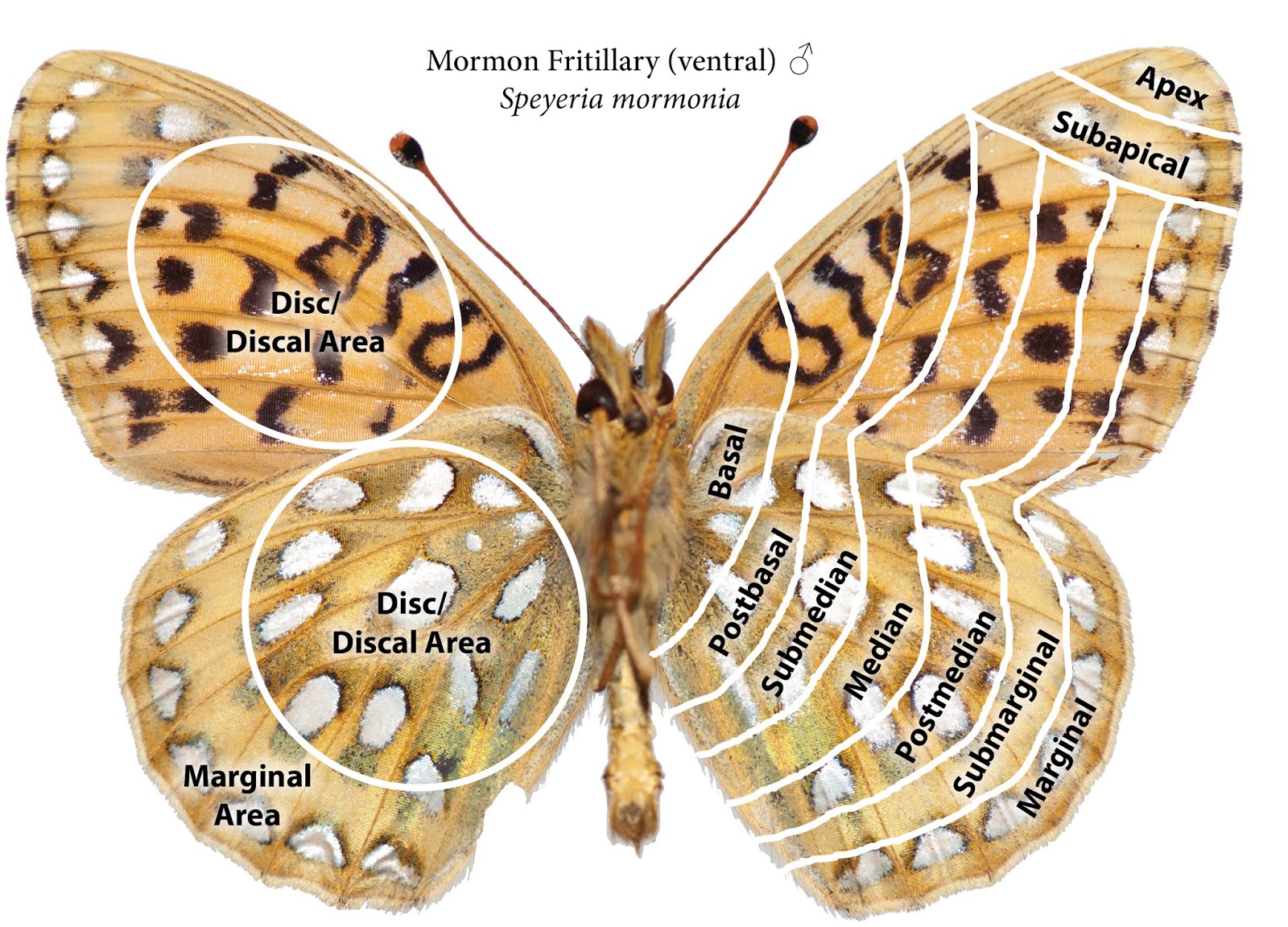 The next couple of differences get into the nitty gritty of butterfly anatomy. Great Spangled Fritillaries have a larger submarginal band, which is the band of empty space between the wing edge and the first set of large dots on the hindwing (see image above). They also have black dashes on the edge of the forewing instead of black dots, although I could not see this in our specimens. Finally, the thing that finally sold me on the fact that these two individuals were really two different species and not the same one wrongly classified (something I had been wondering the whole time), is that Aphrodite Fritillaries have a black spot near the base of their forewing. On first glance, our Aphrodite Fritillary doesn’t look like it has one, but if you look closely and stretch your definition of “black spot”, then it does! Finally, I was convinced of their differences. 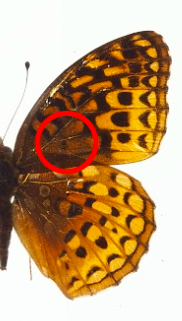 This fritillary adventure was truly an exercise in attention to detail, and it reminded me of the importance of subtleties between creatures. What makes one species unique from another may be very slight, but that doesn’t mean it’s not valuable. Hopefully, our museum work will help share this fact with the world.